Here are the words for the fill-in-the-blanks in our “Esther: It’s Tough Being a Woman” women’s Bible study with Beth Moore (via DVDs).

The Background of Esther in the Hebrew Bible and Tradition

The Book of Esther is also known as the Megillah.

Like the Book of Daniel, Esther is a Diaspora story.

The Uniqueness of the Book of Esther

Why study the Book of Esther?

Ephesians 1:11—Even when we’re blind to the evidence, God “works out everything in conformity with the purpose of His will.”

Philippians 2:13—God “works in you to will and to act according to His good purpose.”

It’s tough being a woman in another woman’s shadow.

According to Word Biblical Commentary, the inspired author of Esther “lays all the stress on the human contribution to the divine-human synergism” [combined or shared energy].

Today’s session introduces our protagonist and most vital supporting actor. We will use these important “first mentions” to help us draw character sketches of each based on what we know and what we also might imagine.

A Character Sketch of Mordecai

Esther 2:6 “employs the root of the word for exile (glh) in four distinct constructions, lest the full measure of the Jewish plight be overlooked.” View the repetition in the King James Version: “Who had been carried away from Jerusalem with the captivity which had been carried away with Jeconiah king of Judah whom Nebuchadnezzar the king of Babylon had carried away.”

A Character Sketch of Esther

This Jewish name comes from the word for “myrtle” and means “fragrance.”

A Contest for a Queen

It’s tough being a woman in a world where beauty is a treatment.

Perhaps even more significantly, “the name Esther comes from the verbal root in Hebrew str, meaning ‘to conceal.’

It’s tough being a woman in a mean world.

Consider the history of these two rivals.

Mordecai, a Jew from the tribe of Benjamin and a descendant of King Saul.

Haman, a presumed Amalekite and descendant of Agag, their king during Saul’s reign

Exodus 17:16—”The LORD will be at war against the Amalekites from generation to generation.”

A Raging Passion for Honor

Consider the following quote:
“Surely as Christians we must recognize the ‘spirit of Haman‘ not only in our world but within ourselves.”

The Human Dilemma of Destiny

Many of the biblical figures who fulfilled their God-appointed destinies shared some of Esther’s basic inner conflicts.

Consider the dilemma of destiny from a human perspective:

Scenario #4
It’s tough being a woman thrown a giant-size weight.

If You Remain Silent

“The sentence contains a figure of speech known as aposiopesis—a sudden breaking off of what was being said or written so that the mind is more impressed by what is left unsaid, it being too wonderful, solemn or awful to verbalize. In English this figure is sometimes called the ‘sudden silence.'”

Our protagonist made three shifts that moved her from self-preservation to brave determination.

“She [Esther] had to overcome herself in order to do what God had created her and positioned her to do.”

A Table Set for Providence

Scenario #5
It’s tough being a woman in the tight fist of fear.

Hebrews 2:14-15 from The Message: “By embracing death, taking it into himself, he destroyed the Devil’s hold on death and freed all who cower through life, scared to death of death.”

Recall a quote we discussed in week 3 of our homework:
“Living perpetually in the shadow of immanent catastrophe, the Jew was threatened not only physically but psychologically. Walking in the shadow of death was as perilous as dying.”

Amazingly, other times He seems to entrust it.

Reflect on the importance of knowing …

Ecclesiastes 3:1,7 say, “There is a time for everything, and a season for every activity under heaven … a time to be silent and a time to speak.”

Commentator Adele Berlin suggests the delay is “a clever move on Esther’s part to disarm Haman and make him think he was the center of attention. This plays to Haman’s personal weakness.” Similarly, J. Gordon McConville explains that the delay allowed time “for Haman’s misguided self-confidence to mature.“

Scenario #6
It’s tough being a woman who can balance passion with patience.

The sixth chapter is “the hinge of the story of Esther”! God appoints or allows circumstances (often crises) in our lives to redirect our paths. Today we explore the unexpected pivot point of Esther by giving a name to an important concept in the book: The Reversal of Destiny also called The Reversal of Fortunes. Review Esther 6:6-11.

Am I willing to do the work to see the wonder?

Two literary devices are employed magnificently in the Book of Esther. The first is called “chiastic structure.”

What in the world is it? In its tightest form, chiastic structure is inverted parallelism. In other words, it is a reversal of structures to emphasize an overarching point.

Whats the best way to picture it?

It is written like this: X. The letter itself represents the crisscross literary structure of a chiasm (literally in Greek, a crossing).

Where Is the Man?

Whats the best example of it in the Book of Esther? Chiastic structure is deliciously illustrated in the repeated occurrences of feasts or banquets.

Esther’s best theology is in its subtlety. To offer a perfect example, we’ll consider a second literary device called “peripety.”

What in the world is it?

It’s tough being a woman who feels responsible for the “how.”

“A peripeteia swiftly turns a routine sequence of events into a story worth telling.”

Esther 7-8:2 shows the impact of the climactic events on all four major players.

Every turn-around starts with a step.

“Literally, ‘what he was to her.’ The author probably intended to convey more than is being suggested by the translation ‘that he was related to her.'”

The Right to be Ready

It’s tough being a woman who feels responsible for the “how.”

“The Lord knows how to rescue the godly from trials and to keep the unrighteous under punishment until the day of judgment.” (2 Pet. 2:9, HCSB)

It’s tough being a woman who can balance passion with patience.

“Yet the LORD longs to be gracious to you; he rises to show you compassion. For the LORD is a God of justice. Blessed are all who wait for him.” (Isa. 30:18)

“The Lord waits … blessed are all those who wait for Him.” (ESV)

Today’s chapter explicitly states the Book of Esther’s most pronounced theme—the reversal of destiny. We will glance ahead to Esther 9:19-22 and then focus on verses 1-4. Esther 9:1 says, “but now the tables were turned.” The Hebrew transliteration for “the tables were turned” is hapak which means “to overturn, to overthrow, to tumble.”

God can’t turn a table that was never set against you.

Seeing purpose in tough scenarios increases the trust required for a turnaround.

It’s tough being a woman in the tight fist of fear.

It’s tough being a woman thrown a giant-size weight.

Ahab—”Implies an ardent and vehement inclination of the mind and a tenderness of affection at the same time.”

Consider the unique metaphor in Hosea 7:8

“Ephraim is a flat cake not turned over.”

It’s tough being a woman in a mean world.

“I give you this instruction in keeping with the prophecies once made about you, so that by following them you may fight the good fight, holding on to faith and a good conscience. Some have rejected these and so have shipwrecked their faith” (1 Tim. 1:18-19).

Consider the following excerpt from The Queen and I:
“When, because of your faith, your life too becomes perceptibly different; when your reactions are quite opposite to what the situation seems to call for and your activities can no longer be explained in terms of your personality; that is when your neighborhood will sit up and take notice. In the eyes of the world, it is not our relationship with Jesus Christ that counts; it is our resemblance to Him!”

Interestingly, a book called by Esther’s name and showcasing her beauty and courage begins and ends without her. So, who is the Book’s real hero? Who is the truest protagonist?

Neither Esther nor Mordecai had the power or position alone to deliver their people. It was only as they acted in concerted power and authority that they were able to lead God’s people through the crisis of death and into deliverance. Neither of them aspired to the role; perhaps neither of them deserved it. It was thrust on them by a series of improbable circumstances largely beyond their control. Nevertheless, their unlikely partnership accomplished God’s ancient promise, and the Jewish race was preserved until in the fullness of time, God entered history through this people as the Messiah. How marvelous are God’s inscrutable ways!

Its tough being a woman in a world where beauty is a treatment.

Before we locate and record our “turn around” Scripture, consider some of the possible implications of Genesis 3:16. Two different Hebrew words are translated “man.” They are adam and ish. When a distinction exists between the two, ish denotes “man as the counterpart of woman and/or distinguished in his maleness.” The word is first used in Genesis 2:24. In the KJV, ish is translated “husband” 69 times and “man” or “men” 1212 times.

It’s tough being a woman in a world where beauty is a treatment.

In God’s realm where we will spend forever, time perfects beauty.

It’s tough being a woman in another woman’s shadow.

“He who dwells in the shelter of the Most High will rest in the shadow of the Almighty” (Ps. 91:1).

Our church services are held indoors (while continuing to offer a simultaneous Zoom option). Click here for what you can expect during our services. We continue to follow CDC guidelines for COVID-19 (see specifics here). We have a variety of other gatherings (some in person, some online) - take a look around! 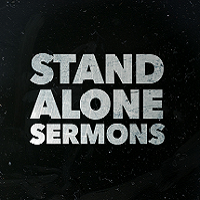 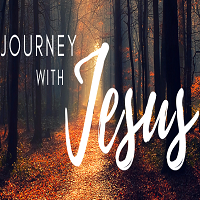 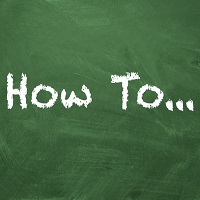 How to Build a Temple, part 8

How to Build a Temple, part 7

Stir up your power, O Lord, and with great might come among us; and, because we are sorely hindered by our sins, let your bountiful grace and mercy speedily help and deliver us; through Jesus Christ our Lord, to whom, with you and the Holy Spirit, be honor and glory, now and for ever. Amen.